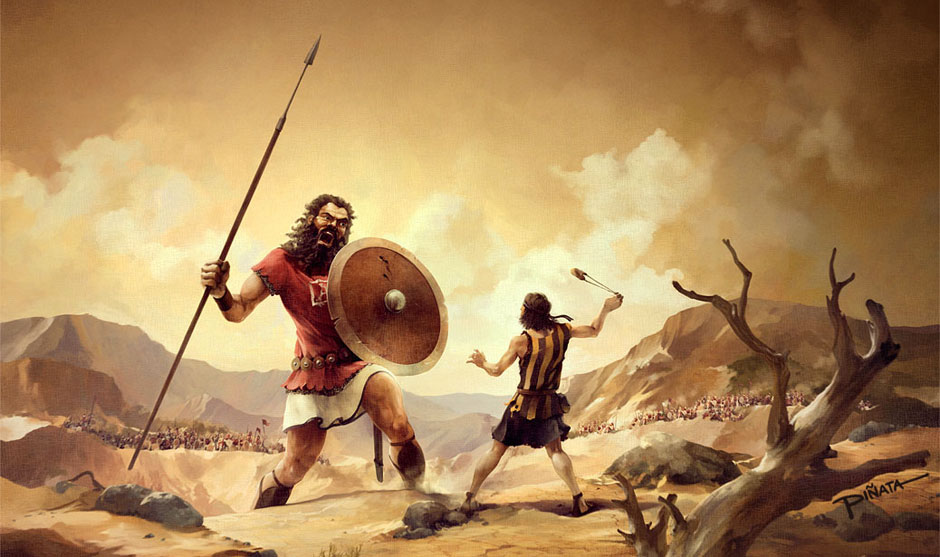 We love the story of David and Goliath. The biblical young small David hits the mighty Goliath with a stone in the center of his forehead. Goliath falls down and David wins.

Remember the Super Bowl 2002, when New England Patriots was the underdog and defeated the favored St Louis RAMS.

Fast-forward 15 years, New England Patriots is now a Goliath and does not capitulate to the Atlanta Falcons despite the excruciating circumstances.

In the Corporate world, Davids are the disruptors, who create a niche offering for an unmet need or create tremendous value in an existing product category.

Goliaths are the incumbent leaders, who have an established position with large market share in terms of revenue and profit, vast financial cash reserves and brand recognition in a given industry.

How does David take on Goliath?

Employees that have once worked for Goliaths are generally founders of the Davids. They have the required experience and believe they can make a product cheaper, better, faster and simpler.

These founders know their customers and recognize an unmet need.

Goliaths have a vast portfolio of products & services and number of levels of decision makers. They do not have the agility of Davids and it takes time for them to react.

They become complacent, do not see the market transitions ahead of them and do not want to change their business models. Example- Kodak did not fully embrace the Analog to Digital Photography transition.

Some Goliaths are able to foresee market transitions and choose to acquire companies thinking that their sales force can help selling the new offering.

The problem arises when the companies are unable to integrate their existing competing product offering confusing the customer.

It also depends on the leader-CEO at the helm of the affairs because he or she may not want to take the risk in order to protect their own legacy.

Goliaths like to combat with litigation that their patents or trade secrets are infringed to kill the David.

This is not the best strategy, as it does not stop the David. Goliaths often forget that they too were litigated against while they were disrupting their respective Goliath when they were once Davids.

Davids take account of these factors and start out with one product or market segment.

They recruit talent from the Goliaths of their industry such as sales personnel, who have established customer relationships, R&D and other functions.

They have the enthusiasm and focus in creating a reputation in the marketplace. They become successful when they get the customer buy-in and hence able to grow.

How does David become Goliath?

The lifecycle stages of a company are Startup, Growth, Maturity and Decline. Startup– Companies have developed a product with a few alpha & beta customers. Their costs exceed the revenues and capital is funded either by venture capital or angel investments. 9 out of 10 companies fail this stage.

Growth- Companies have gained traction in the marketplace and adding customers with consistent revenues.

They are competing with their incumbent leaders- the Goliaths and spending a lot of money in Research & Development, Sales and Marketing.

This is a very crucial stage and is referred as crossing the chasm by Geoffrey Moore. Either the companies become profitable or depending on the market conditions decide to make an exit through an acquisition.

An industry Goliath or another Goliath in market adjacency industry acquires them. This is also a stage when the company decides to go for Initial Public Offering (IPO) and believe that they can exist independently.

Maturity- Companies have established themselves in the industry. There is decelerating revenue growth and accelerating profit growth with economies of scale.

This is the stage when companies have the opportunity to become a Goliath. They need to

Companies either grow organically with heavy investments in their Research and Development or inorganically acquire companies and grow them.

Decline– Companies experience decelerating revenue growth and sometimes run into losses, and are unable to sustain. They either get acquired or file for bankruptcy.

To sum up, there are Davids and Goliaths in every industry and they come and go. Goliaths don’t last forever. The Fortune 500 list consists of top US companies in terms of revenue and published the first list in 1955.

Only 12% (61 companies) of the top 500 companies in 1955 have survived till date. 439 companies have been acquired, merged or run out of business. If you interested in knowing the world’s oldest companies please click here. 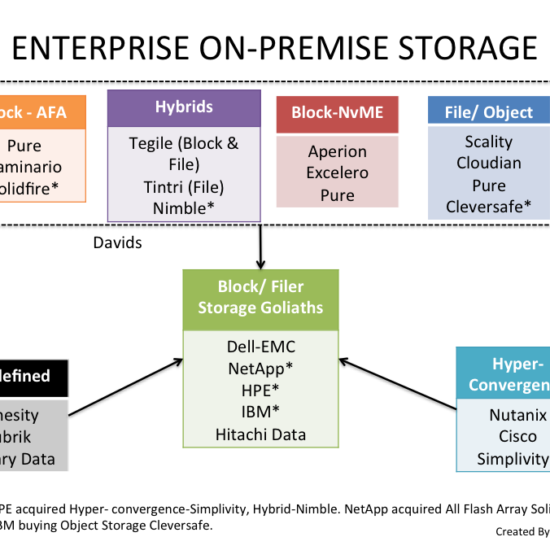