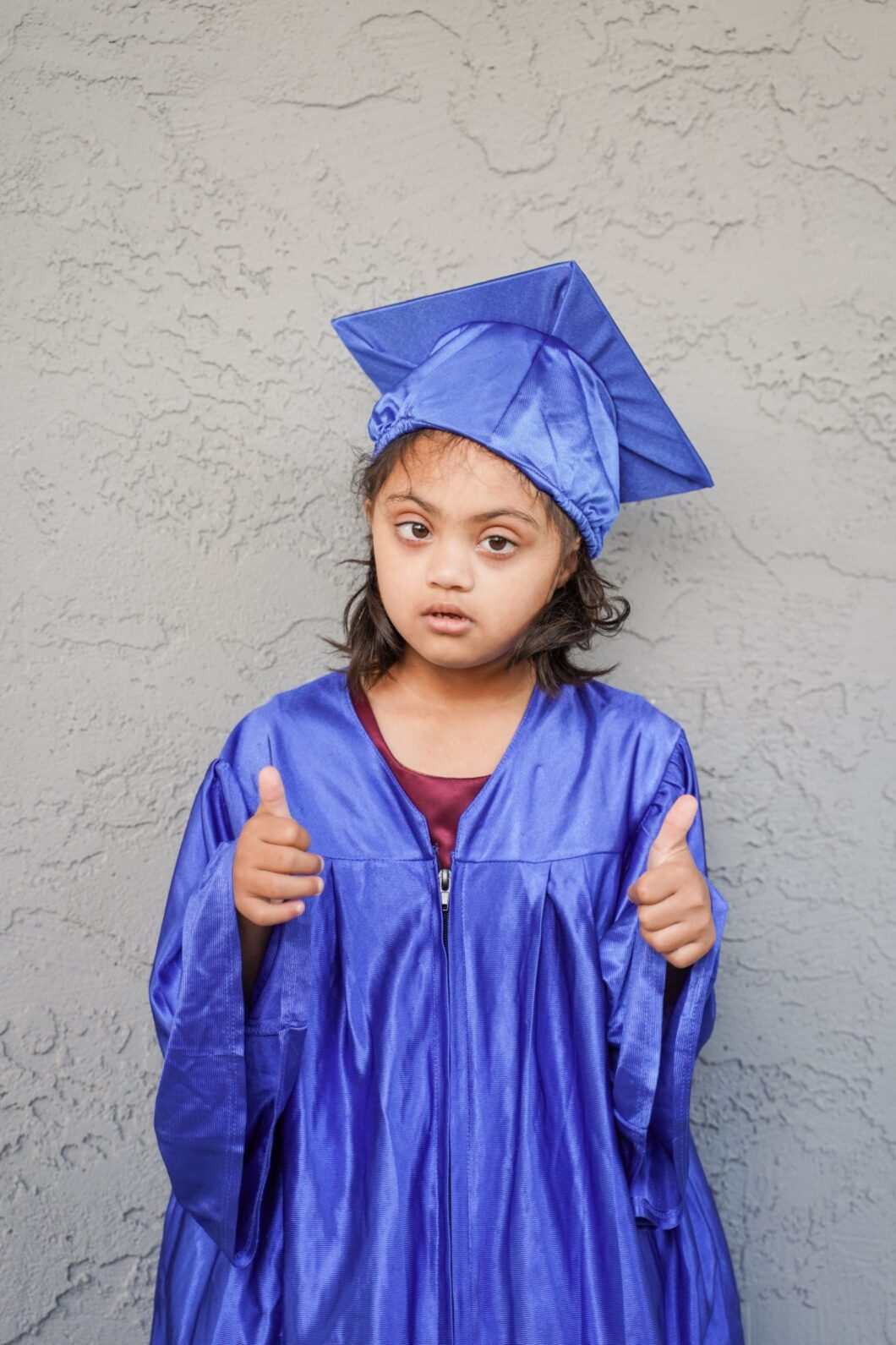 Purpose of this blog:

The objective is to share my authentic experiences as well as raise awareness among my professional and personal network about raising a child with disabilities. My elder daughter Navya has Down Syndrome and is nine years old.

I am in the fifth year writing this annual blog. I also dedicate it to fathers with children with disabilities who might find it useful and comforting as they are not alone.  I find it therapeutic to write and hope you enjoy reading it.

This year, we are raising funds for the local Down Syndrome non-profit organization Manasota BUDS whose mission is to provide families with a neutral and supportive forum for sharing and networking, and to promote understanding and acceptance of Down syndrome. Manasota BUDS currently supports over 250 families impacted by Down syndrome across the Florida Gulf Coast.

We completed 18 months in Sarasota, Florida since we relocated from the SF Bay Area. We were successful in including Navya mainstream with typical kids in school, having her grandparents over after 5 years and providing alternative and religious ritualistic healing for Navya.

We also ducked a few curved balls- survived Covid-19, hurricane Ian and a visit from a Child Services that startled us as parents.

One of the primary reasons moving to Sarasota was to provide a better quality of education for our children. We fought for three years in California for Navya to be included mainstream in school.

We did have to fight a legal battle in Sarasota as well and successfully had an out of court settlement.

We are thrilled to see the fruits of having Navya included in the South Side Elementary. Navya has improved significantly socially, is following more instructions and slowly making strides academically.

We are grateful that Navya has a full-time aide Trish, who meticulously and sincerely takes care of Navya helping her navigate the classroom and therapy sessions. All her typical student peers have accepted Navya the way she is and have been encouraging her. It was so inspiring to see her fellow class mates take turns in a birthday party in Skyzone encouraging her. Many of the school children in different grades recognize her outside the school and High Five her.

We celebrated Navya’s birthday at home with family and all her friends ensured that she felt special. Inclusion when done right is a win -win for both child with disability and for the typical peer who develops more empathy as they realize that not all are made the same and equal.

One of the drawbacks of being a first-generation immigrant is that you do not have close and extended family always around you. We were fortunate to have my dad and my mother-in-law after nearly 5-6 years visit us in the summer and fall.

Both Navya and Diya enjoyed their company and got to know them. Navya took some time to open up but gradually started getting close to them. Grandparents provide unconditional love and security that is very different that parents provide. We did a lot of fun activities such as going on a boat ride watching the beautiful Sarasota Sunset, went trick or treating during Halloween wearing costumes in the neighborhood and going on nature trails in Marie Shelby Botanical Gardens Navya is a healthy child and we are grateful for that.  She still needs to reach many milestones and it is work in progress. She is still potty training and eats only a few foods. She had not got her voice yet and uses a AAC device to communicate in school

It is frustrating for her at times as she wants to express herself but is unable to do so. She is been given Speech and Occupational therapy in school as well privately outside.

She has a tendency to run away for fun and we need to be in constant vigil. We have secured all the house doors and fence gates. It can be nerve wrecking at times as we do not know where is in a given point of time.

There is an anxiety quotient especially when we are in public place. We tend to get defensive and apologetic though most of the people understand our predicament. We are need to be prepared to expect the unexpected

As parents, we can provide all the medical and practical support to ensure Navya can live to her utmost potential.

I come to believe that there is a reason that Navya was born to us and we need to explore every possible alternative for Navya. We have started lifelong spiritual healing in India where they do daily rituals for betterment of Navya.

I also undertook a religious pilgrimage in South India this November covering including 25 + temples, mosque and church. I visited two monasteries of 18th century saints who were instrumental in helping children with speech impediment issues.

Some may call it desperation or irrationality; I believe in the divine intervention and hopeful that some day Navya will speak and become independent to the best she can. I do not want to leave any stone unturned and want to do whatever possible to help Navya.

There is always that glimmer of hope and we would expedite that timeline.

Curve balls that we ducked this year

Earlier this year, Navya contracted the Covid-19 and then our entire family got it. We were fortunate that it was mild bout and all of us recovered fairly quickly.

In mid-September, we received a call from the Florida Child Services that they wanted to meet us immediately in our home. We were completed startled and taken aback. Someone had complained that Navya was not given sufficient care and is need of help.

The Child protection investigator after meeting with us concluded that there was nothing substantial in the complaint and closed the case.

We do are our very best for our children but when such a thing happens, we tend to doubt ourselves.  The issue of being a special needs parent is you carry the guilt of not doing enough and when such incidents occur it rattles you.

We will never know who complained- there was malice and vindictiveness and was definitely someone who did not know us well. Even though we were vindicated, it definitely plays in our mind.

In the last week of September, we made the timely decision to evacuate to Miami as the Hurricane Ian hitting the South West Florida. In matter of hours, we had to pack our entire kitchen essentials as Navya has special home cooked diet and does not eat any other food outside.

We were fortunate that there was not much destruction and our home was safe with no damage.

On my return to Sarasota, my company informed that my position has been eliminated and I was being let go. It was definitely not the news that I wanted to hear but one needs to face up to the reality.

The biggest positive in this career transition is that we received our green card after 24 long years living in the US in August 2022. I don’t need to mention those dreaded words “I need H1B sponsorship” to a prospective employer anymore, which is huge sigh of relief. These last few months of visiting India, meeting family and friends, religious pilgrimage and taking personal time off have helped. I am nervous though eagerly look forward to my next career  endeavor in coming year.

To sum up, this year has been very fulfilling to see Navya being included in school and making positive strides. We have ducked a few curve balls for sure- we have learned and grown from those experiences. We will always live on Hope and see that Navya lives to her God given potential.

Please donate via our Facebook fund raiser or directly via their Donate Page.

Feel free to read my prior year blogs. 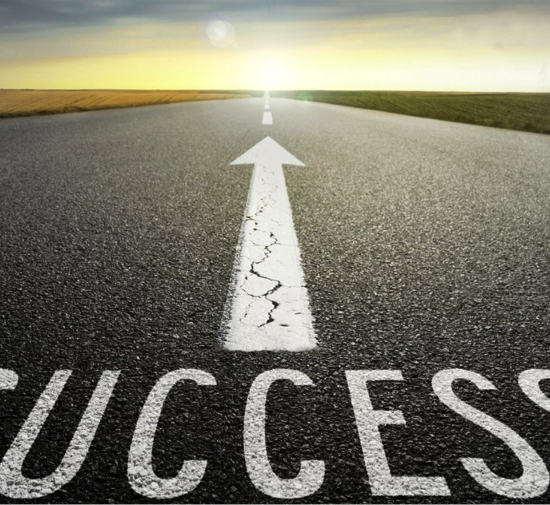 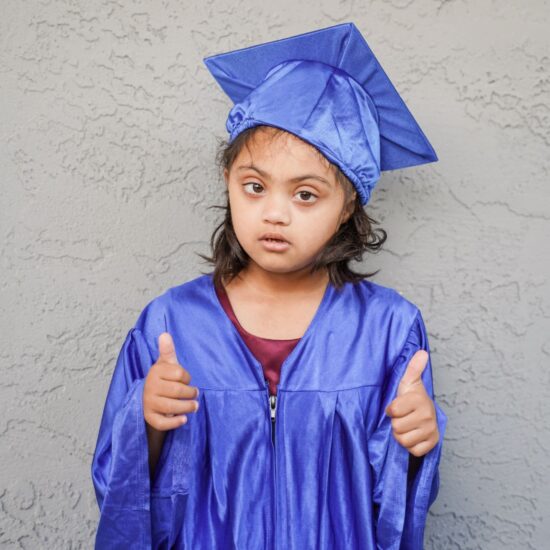 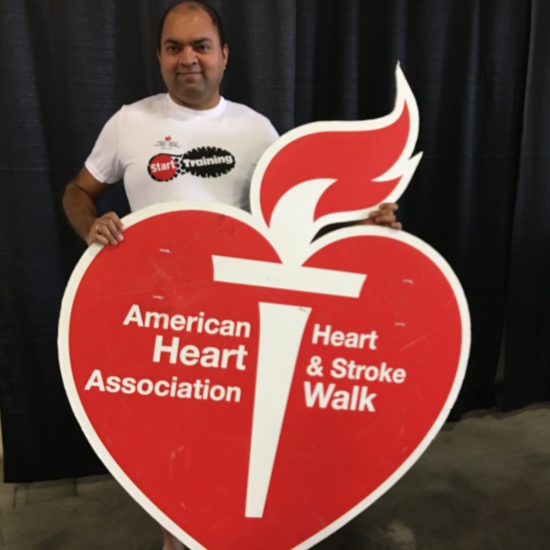